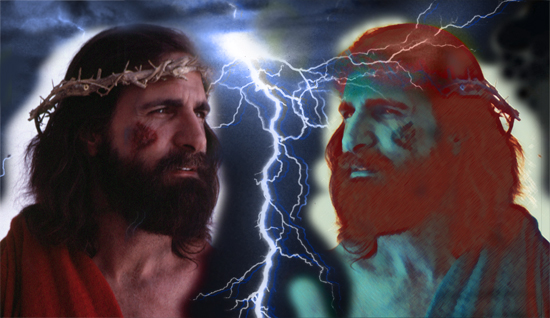 The only Biblical writer that uses the word “antichrist” (antichristos) is the apostle John, in his first and second letters.  He first mentions it in 1 John 2:18:  “Children, it is the final hour; and just as you have heard that antichrist is coming, even now many antichrists have come, from which we know that it is the final hour.”  This verse tells us that his readers had already heard of the coming of an antichrist.  Unfortunately, he doesn't mention where they had heard it, or if it was from a reliable source.  But we do know that John wanted to correct something about what they had heard:  antichrist does not just refer to a single individual in the future.  There are many antichrists active in the world right now.

The next verse gives us important information about these antichrists:  “They went out from us, yet they were not of us, for if they were of us, they would have remained with us; yet they went out in order that they may be exposed, since all of them are not of us” (1 John 2:19).  Here John tells us that these antichrists were originally members of the Christian community.  But by setting themselves apart, they have shown that they are not true Christians; otherwise they would have remained.  This tells us that the “antichristian spirit” (see below) establishes itself among those who have been exposed to Christian teaching, but have rejected it.

John returns to the topic of discernment in 1 John 4:3:  “And every spirit that does not confess Jesus is not from God; and this is the spirit of the antichrist, of which you heard that it is coming, and now is already in the world.”  Here John uses "the antichrist” in a spiritual sense, referring to a spirit that can be manifested by any number of other spirits:  anyone that does not confess Jesus.  Here again, he's trying to broaden their understanding of what “antichrist” refers to:  not a single individual, but any person or spirit that doesn't confess Jesus.  He also repeats his earlier theme (from 1 John 2:18) that this spirit is not just something coming in the future, but is already operating in the world.

By itself, this teaching about “the spirit of the antichrist” does not deny a future singular antichrist, of whom this spirit could be an earlier manifestation.  But if we put this passage alongside 1 John 2:18 and 2:22 (above), it seems clear that John is trying to redefine “the antichrist” away from a single individual in the future and to a spirit that can affect many, and is already doing so today.

John’s last use of the word “antichrist” is in 2 John 1:7:  “For many deceivers have gone out into the world who do not confess Jesus Christ coming in the flesh; this is the deceiver and the antichrist.”  Here again, John connects the idea of “the antichrist” with many active today, rather than a single individual in the future.

In confronting his readers’ ideas about antichrist, John was not giving them a new teaching.  He was simply affirming the words of Jesus:  "Then if anyone says to you, ‘Look!  Here is the Christ,’ or ‘Over here,’ do not believe it” (Matt. 24:23).  A Christ who is not the true Christ is by definition an antichrist (antichristos means “instead of Christ”).  But rather than connecting this with a single individual, Jesus continues, “For false christs and false prophets will appear and show great signs and wonders in order to lead astray, if possible, even the chosen ones” (Matt. 24:24, also Mark 13:22).  Jesus, too, warns that there will be many of these false christs.

What difference does it make if the antichrist is one person or many?  Because if we are only looking for a single Antichrist in the future, we will be more easily deceived by the antichrists that are operating in our world today.  Unfortunately, many Christians have been blinded to this antichristian spirit over the years.  This has led to great troubles in the Church and in the world.  Even today, many prefer to think of the endtimes only as something coming in the future.  As a result, they are easily deceived by evils taking place in our own generation.  But as John warns us, the endtimes is now (“it is the final hour,” 1 John 2:18; also 4:3).

This means, for example, that those who speculated that Hitler was “the antichrist” were not wrong.  He was one of the many false saviors that John referred to as “the antichrist” (1 John 2:22; 2 John 1:7).*  Who are the antichrists of our generation, proclaiming a Christian-sounding hope while denying Jesus himself?  We need only look at the news to see.  Will we be more discerning than many German Christians were, or others deceived through the ages?

* Mussolini, Napoleon, Peter the Great of Russia, Stalin, and various popes have also been identified as the antichrist over the years.  But other historical figures like Nero, Caligula, and Mohammed, also identified as the antichrist, should not be included since they were never Christians, and therefore did not “go out” from Christianity, as required by 1 John 2:19.

The Bible does speak of a fearsome endtimes individual that will cause great trouble just before the return of Christ (the “man of lawlessness” in 2 Thess. 2:3).  But it’s important to realize that the name “antichrist” is not used of this individual in the Bible.  This should make us a little hesitant to lump together all the supposed prophecies of a single future antichrist in the way that many have done.  Perhaps many of these prophecies, too, are already being fulfilled.   As Jesus taught, now is the time to “be alert” (or “be on watch,” Matt. 24:42, 25:13; Mark 13:33,35,37; Luke 21:36).


(For more on this topic, see our book, The Revelation of Jesus Christ to John.)