Does God Have Parts? 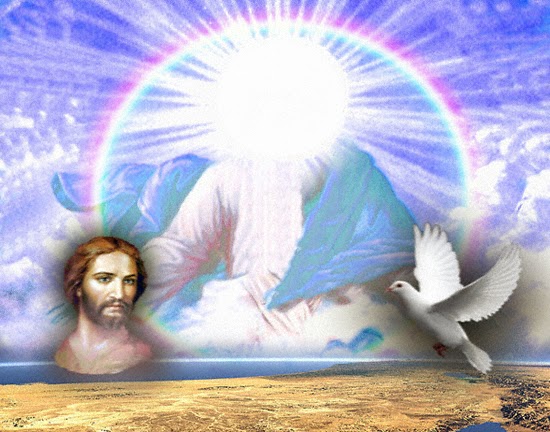 This may sound like an odd idea.  For more than a thousand years, Christian theology has been almost unanimous in affirming that God has no parts and cannot have parts.  The Westminster Confession of Faith (1646) says, for example, “There is but one only living and true God, who is infinite in being and perfection, a most pure spirit, invisible, without body, parts, or passions, immutable…”

On the contrary, God himself (God the Father) is described as having a spirit, the Spirit of God.  When we use a similar expression to describe a human being, “the spirit of a man” clearly refers to a part of that man.  So what about the Spirit of God?  Does that refer to a part of God?  Christian theology has uniformly insisted that God the Father does not have a spirit as a part of who he is, but rather that the Spirit of God is a distinct entity—or rather a separate identity—within the Trinity of God.*  Here again, there is nothing in the Bible that requires this counter-intuitive understanding.  So why have Christian theologians insisted that God cannot have a part of himself that is his Spirit?

* One of the Church fathers responsible for the official doctrine of the Trinity admitted that their definition was precariously close to asserting that there are three gods (Gregory of Nyssa, “Concerning We Should Think of Saying That There Are Not Three Gods to Ablabius”).  Their teaching was that as three men share the common nature of “man,” so the three hypostases (or persons) of the Trinity share the common nature of God.  But since the nature of God is different than the nature of man, and cannot be divided or separated into distinct individuals (as with human nature), the three persons of the Trinity are one and not three gods.  In other words, they are just like three gods, even though they are, for technical reasons, one.  While this clever reasoning impressed church leaders, it has been barren in convincing many others, both within and without the Church.  The result has been to diminish the unity of God and confuse the distinct identities and functions of the members of the Trinity.  Because of this teaching, many in the Church have a practical tritheism:  Father separate from Son separate from Spirit, rather than seeing the Son and Spirit as parts of the one Father God.

Another concern of the theologians was that if the Son and Spirit are described as parts of the Father, this might imply that they are less than fully God (Subordinationism).  But this does not necessarily follow, any more than saying that my arm is not fully human because it is only a part of me.  The Bible itself teaches a form of subordinationism, which was held by all the early Church fathers:  a subordination of rank, but not of nature (Matt. 24:36; John 5:19, 14:28).

It’s not because of the Trinity teaching itself.  The core of the Trinity concept in the Bible is that each member of the Trinity has a distinct personality (persona) that is able to speak to the others.  Otherwise, how could Jesus talk to the Father and pray to the Father as someone distinct from himself (Matt. 11:25,26; 26:39, etc.)?  How could the Holy Spirit intercede with the Father on our behalf (Rom. 8:26)?  But this could be true whether or not the Spirit is a part of God.  Even in created beings, the parts of our bodies constantly communicate with each other.  Why is something similar not possible in God?

Theology has not rejected this possibility for any Biblical reason, but because of the requirements of Greek philosophy.  Greek philosophy started from the assumption that spiritual things are simple (i.e. not complex), in contrast to the complexities of the created world.  This is not a fact proven by the Greeks, or by anyone else for that matter.  It was an unproven assumption.

This assumption was part of the overall separation taught by Greek philosophy between the material, physical world and the immaterial spiritual world—an understanding that only made its way into Christian theology after Origen in the East (2nd cent.) and Augustine in the West (5th cent.), and which created tremendous difficulties for Christian doctrine.*

* The attempt to squeeze Christian theology into the mould of Greek philosophy led to many heretical teachings and centuries of doctrinal debate.

Before this, the spiritual world and the physical world were seen to be much more closely related.  The spiritual world, in fact, was simply understood to be a part of the created physical universe.  Many Christian thinkers assumed that spiritual beings, like angels for example, had dimensions—a real physical reality—though being of a more ethereal nature than more weighty creatures like ourselves.  It was also assumed that God had a real physical body—though again also of a more ethereal (i.e. a spiritual) nature.*  This real physical (though ethereal) nature of God became a hotly-contested issue when thinkers like Origen began to present Christian theology from the point of view of Greek philosophy.  This new point of view claimed that God had no physical reality, but rather that he existed in the realm of ideas.  But how, others argued, could we be made in the image of God (Gen. 1:26) if God has no form and no image?**

* This is quite different than the Mormon claim that God the Father once had a weighty physical body with bones and flesh as we do.  On the contrary, Jesus affirms directly that “God is spirit” (John 4:24).

** Greek philosophy moved the realm of the spirit outside of the material world into the realm of ideas.  Spirit, therefore, could have no extension, no substance, no parts.  This made it difficult to see how spiritual beings could interact with the physical world at all and how, for example, Jesus could be both God and man.  Many felt that Greek philosophy negated the reality of God.  As Tertullian put it:  “How could it be that he himself is nothing, without whom nothing was made?  How could he who is empty have made things which are solid, and he who is void have made things which are full, and he who is incorporeal have made things which have body?....  For who will deny that God is a body, although ‘God is a spirit’?  For spirit has a bodily substance of its own kind, in its own form” (Against Praxeas 7, Ante-Nicene Fathers Series 3:602).

The distinction between Greek and Biblical thinking on this subject can be seen in Paul’s discussion of the “spiritual body” of resurrected believers (1 Cor. 15:44).  By “spiritual body,” he does not mean a non-physical (immaterial) body, but just the opposite:  in the resurrection, we will have real, physical bodies with dimensions; bodies that can be felt and touched, just like the body of Jesus after his resurrection (Luke 24:39); bodies that will “bear the image” of Christ (1 Cor. 15:49).

From the Biblical point of view, there are no limits to the complexity of God.  He (the Father God) can have a Spirit and he can send forth his Word, both of which, though they are parts of him, are able to communicate with him and with one another, the basic Biblical affirmation about the Trinity.  There is also no restriction on God inhabiting the created universe, which the Bible affirms and Greek philosophy denies.  He fills the universe, and so is present to help us in our times of need (Jer. 23:24).

There is no Biblical statement that prohibits God from having parts—on the contrary, the Trinity concept itself affirms a fundamental complexity within God, as does all the rest of the Biblical data.  But what about all the other parts of God mentioned in the Bible—his ears, eyes, feet, and all the rest?  Does God have a human appearance?